Poland will host the climate summit for the third time, leading it for the fourth time, and has invited negotiators, ministers, as well as heads of states and governments from around the world, to Katowice.

This year, the Paris Agreement implementation rules will be outlined, which is of fundamental importance to the functioning of global climate protection system. In addition, the Talanoa Dialogue, held in Katowice, will reflect on the global climate efforts since COP21 in Paris, and discuss future ambitions.

The climate summits, referred to as Conferences of the Parties (COPs), are part of the global negotiating process under the United Nations Framework Convention on Climate Change (UNFCCC). In this process, governments strive to agree on global actions which will limit the average global temperature increase and the resulting climate change.

All eyes on us

The COPs are organised annually in different countries and in 2018, Poland, as the representative of the Eastern European Group, will host COP24 in Katowice on 2-14 December. Representatives of 196 governments and the EU will gather for the negotiation process. More than 20,000 participants will join the negotiations and witness the international effort to adopt long-term decisions impacting the global climate change policy landscape. Due to the level of complexity of the negotiations and their political implications, Poland will face the challenging task of delivering a successful outcome to the summit.

Two key goals for this summit are adopting the rulebook – a detailed guideline for the implementation of the Paris Agreement – and organising the high-level facilitative (Talanoa Dialogue) meeting to sum up current climate actions and encourage more ambitious climate actions in the future.

All decisions taken at a COP are unanimous. With 196 governments representing their national interests and other, non-governmental, stakeholders trying to influence the process, reaching a global agreement is a formidable challenge. The stakes are high as the implementation of global goals will take place on regional and national levels. It is therefore clear that, with time, COP decisions will have a tangible effect on European and Polish legislation, in the energy sector in particular.

The rulebook is a set of over a dozen highly interconnected, technical and, at times, political decisions which need to be agreed unanimously by all parties to the Paris Agreement. In other words, these are the actual implementation rules which will make the new, post-2020 worldwide climate protection system work in all areas: emission reductions (so-called mitigation), adaptation, capacity building, technology transfer and financing. The rulebook will indicate in detail which actions, in what form, on what basis, when, and by whom, should be taken under the Paris Agreement – meaning the whole post-2020 period.

The Talanoa Dialogue, a process which began in January 2018, will have its high-level finale in Katowice. Its aim is to review the to-date actions against climate change as a whole (emission reduction targets, innovative policies and solutions), assess their results, and encourage parties and non-state actors to do more, both before and after 2020.

One of the most difficult issues to discuss has always been the financing of climate action. The current goal is $100bn climate finance per year by 2020 to be mobilised by the developed countries to support developing countries. For the post-2020 period, a new one will need to be agreed upon. The new climate finance target will certainly be a decisive bargaining chip at COP24, and a part of a political agreement sealing the implementation package. Apart from the above, the discussion on climate finance is also conducted on multiple other levels. Over the years, the discussions have included an increasing number of non-governmental representatives from the worlds of banking, business, industry and other institutions dealing with investments. Before COP21 in Paris, many of these institutions announced their own internal or external initiatives and targets. Their interest in the negotiating process, including formulation of the definition of climate-responsible financing, is expected to further increase.

At COP24 Poland will be present in the negotiations in its three roles: a party to the convention, member state of the European Union and COP24 Presidency. Poland’s national delegation is usually lead by the Minister of Environment as the head of delegation. The core negotiating team consists of experts from the Ministry of Environment, Ministry of Finance, Ministry of Foreign Affairs and the National Centre for Emissions Management (KOBiZE). These experts participate in the climate-related meetings throughout the year, take part in negotiating formal and informal meetings and deliver information and work on relevant documents and strategy. For every global negotiating meeting the Polish government prepares a negotiating instruction which states the main points of Polish interest. It provides conditions and guidelines for the possibility of changing the Polish position during the course of the negotiations. The Polish delegation is obliged to follow these instructions at all times.

In order to promote its interests in Europe and at a global level, the Polish national delegation not only discusses issues in coordination with EU, but also organises and participates in numerous multi- and bilateral meetings. These meetings can relate directly to negotiations but can also have a “business” component – presenting Polish companies, technologies and programmes. It is worth noting, due to the requirement of impartiality, that such an approach would be completely unacceptable for the COP24 Presidency team which is expected to focus on ensuring progress in negotiations.

The EU has one voice

The EU member states and the EU agreed to fulfil climate targets together under the Kyoto protocol and the Paris Agreement. The EU itself is classified in the negotiation process as a regional economic integration organisation, which is party to the Convention, Kyoto protocol and the Paris Agreement, and is represented by the delegates from the European Commission. These individuals are mainly representatives of the EU Presidency and designated main negotiators with relevant experience and skills. This is why Poland itself does not speak at the global level, as its position is clearly expressed during the internal EU coordination process. During COP, the daily morning EU coordination is led by the EU Presidency (Austria in the second half of 2018) which is also responsible for organising the coherent and efficient functioning of the whole EU member states during and between the UN climate negotiation meetings. This includes finding internal compromises in regard to the EU’s position, presenting it publicly, and showing initiative in international relations. Similar to the COP Presidency, the EU Presidency needs to be impartial and make a substantial effort in moderating the internal EU discussion: the EU’s position cannot be presented publicly unless it is agreed by all member states and the Commission.

The third role of Poland, as the host country, is the presidency. The COP president and his team are responsible for the general atmosphere before and during the negotiations, which is often referred to as an “atmosphere of openness and trust”. This means that the governments and observers can freely participate in the negotiations with their rights observed and needs catered for. This atmosphere can deteriorate easily, as a lot of tension accumulates before and during the summit. The cardinal rule for the COP presidency is that of impartiality. While the success of the summit depends mainly on the will of the delegates to agree, the presidency is expected to be unbiased and help to reach this agreement.

Negotiations in Katowice will be difficult and complicated. However, Poland should develop an action plan that will have a positive impact on the atmosphere of the negotiations. It should be perceived positively by all participants, showing efforts to transform its energy sector. It could underline action to invest offshore, develop electromobility, fight air pollution in cities and transform electricity. Actions aiming to improve the air quality in cities are particularly important, and not only to Poles – it is a problem which affects many countries around the world.

The stakes of the play

The final negotiations at COP24 are expected to be very difficult due to the complex level of interlinkages between the topics, and their long-term significance for global climate policy. The changes in the implementation rules may lead to actual changes in the classification of countries. For example, countries, which in the past were not obliged to undertake specific actions, like financing or detailed reporting, may be asked to accept new responsibilities as part of the general bargain. This means that the core of negotiations is the change of the system and its old (1992), simplistic division between the developed and developing countries to reflect variety of socio-economic situation. The new one will need to be more flexible so as to take into account current and possible future changes in the global economy.

The current climate negotiations have a chance to influence not only climate and energy policy all over the world, but the whole United Nations system as well. This may happen by showcasing how countries can go beyond their formal developmental classification in other areas of international policy. The Paris Agreement can actually be a successful example for all other multilateral processes. However, for that to happen, it has to be fully implemented and start functioning no later than 2020. The achievement of this goal relies, to a great extent, on the results of COP24 in Katowice. 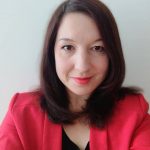 Lidia Wojtal is a former Polish diplomat and expert with more than 10 years’ experience in the global and European climate negotiations. Highly familiar with all aspects related to the organisation and running of UN climate talks. She worked for the Polish COP14 and COP19 Presidency and led SBSTA (advisory body under the Climate Convention) as its Chair at COP21 in Paris. Currently, Wojtal works as a consultant in Berlin and supports the Austrian EU Presidency in the preparations for the COP24 climate summit in Katowice.

Paweł Mikusek is the communication coordinator of Forum Energii, Warsaw-based think tank. He was also the spokesman to COP19 Presidency in 2013.

Exit polls on 21 October revealed Rafał Trzaskowski won the mayoral elections in Warsaw. The official results will be announced later this week. Photo: Andrzej Hulimka / Forum While rural areas and smaller towns showed strong support for the ruling party,  big cities stayed with the opposition. On election day, Poland had the highest nationwide turnout in [...]
December 03, 2018

Saving a nation by multiplication

With the lowest fertility rates in Europe, Poland encourages family growth. “We rabbits know how to ensure numerous offspring,” says the voiceover, as fluffy rabbits cavort in a vegetable patch. “If you ever want to become a parent, follow rabbits’ example.” This video, released by the Ministry of Health in November 2017, is part of [...]