Earlier this year, PKO, Poland’s largest bank announced plans to utilise blockchain technology in recording client transactions. Coinfirm, the company behind the technology, is a Polish startup and is an influential leader in the blockchain and RegTech field. Grzegorz Pawlicki, head of innovation at PKO, said, “Blockchain meets the key requirements for durable media, guaranteeing confidentiality and integrity of the documents delivered to clients, which additionally increases the attractiveness of this technology for the banks.” The bank has trialled Coinfirm’s Trudatum platform for over a year and is preparing to implement the technology in line with its current systems.

With the large growth in public awareness of cryptocurrencies like Bitcoin and Ethereum over the last decade, it is no surprise that innovation utilising blockchain, especially in the financial sector, has become increasingly of interest to more and more people. However, the technology remains confusingly complex for some. In order to clarify some of the ins-and-outs of the technology, Poland Today spoke to Alexander Audet, Head of Technology & Development at BANG Mining in the US, a cryptocurrency mining farm that assists data centres in attracting clients by providing publications on the production of mining hardware.

“It’s easiest to explain blockchain by breaking down how we trust banks to be the trusted third party to facilitate transactions for us,” said Audet. “Every time you swipe your debit card, a bank checks each party’s balance before approving the transfer. If we could not trust the bank to oversee the transaction, then one solution would be to make everyone the “bank” by allowing anyone to check the balances for transactions. This is the solution blockchain presents. By creating this public network of computers as nodes, blockchain creates a way of sending information without going through a third party, like a bank, for example. This can be done because each user becomes the a trusted third party; each computer in the network is called a ‘node’ and each node keeps a complete, unchangeable ledger of all blockchain transactions.”

The process is lengthy and tedious, however, this is intentional to prevent malicious users from spamming transactions.

Audet continued, “every time a transaction occurs, a node – nicknamed a ‘miner’ – handles the transaction, packing all of these into a block. Every miner then attempts to solve a complex mathematical problem, and the first miner that finishes the problem adds their block of transactions to the ledger. Some miners process as many as 50,000 attempts, or hashes, per second. The process is lengthy and tedious, however, this is intentional to prevent malicious users from spamming transactions. The miner that solves the math problem first, gets a reward in newly minted cryptocurrency. This process is how miners get paid. Each block added to the chain contains an ID, the ID of the previous block and a timestamp. Any attempt to insert an old transaction in a new block falls foul to the security of the chain – there would effectively be two chains of blocks: the current long one and the alternative, bad one. All of these measures ensure that data stored in a blockchain is immutable. The key here lies in that the power to change the ledger is decentralised, where a centralised authority could quickly change a ledger that is not visible and has complete power over it.”

Blockchain’s immutability is the basis for Trudatum. The system was created at the end of 2016 as a supporting technology for Coinfirm’s AML (Anti-Money Laundering) platform before becoming more widely implemented by the firm. Paweł Kuskowski, Coinfirm CEO and co-founder, described the platform: “It’s a user-friendly tool for the registration and verification of data, solving the problem of the management and safe flow of documents between organisation and client. It is an innovative platform designed to ensure secure transaction of documents that the bank sends to the client. Let’s imagine that all the documents sent to clients could be automatically verified and have additional value attached in the public blockchain. Everybody can validate the document and confirm that it’s not corrupted. Trudatum improves many processes in organisations like banks, financial institutions and insurance companies by delivering a new standard of assurance, efficiency, and security on the market. Truth be told, Trudatum could be applied in almost every business.”

It’s the first commercial implementation of blockchain by a bank in Europe.

The project has been more than a year in the works, with Coinfirm working together with PKO and MIT’s Enterprise Forum Poland. According to Kuskowski, the “implementation of Trudatum by PKO is the first big commercial implementation of the blockchain technology by a bank in Europe, and potentially in the world. Thanks to Trudatum, PKO has gained the agility and increased the efficiency of the process of communication with the client. Our experience in cooperation with the banks gives the full picture of their needs. The financial sector is very demanding in terms of the documentation quality. We are very proud to be working with PKO. It was an exciting journey from the start of the project to see its final implementation.”

Coinfirm began operation in April 2016, although its co-founders had been involved in blockchain for years before that from backgrounds as diverse as cryptocurrency marketing and mining to compliance and fraud investigation. From day one, Kuskowski states, the firm “worked from the philosophy that cryptocurrency and virtual currency are here to stay and that they will need processes like AML or KYC (Know Your Customer) to fully participate in the global economy. Our diversity gives us the power to act and we share the same passion – it makes us a strong and supporting team. I find our work really exciting. Within just two years, we have grown spectacularly – we now hire nearly 100 people and work with clients from markets all over the world. There are a lot of opportunities in the blockchain space, but we are focusing on tools for blockchain. We are expanding our platform into analytics and a wider application, so there is a very exciting roadmap for the Trudatum development.”

PKO’s work with Coinfirm began through MIT Enterprise Forum Poland, a method that other financial institutions are following. According to Kuskowski, “we are seeing banks and financial institutions creating innovation labs, specialised units within organisations focusing on finding innovative solutions. We can also see that – both in Poland and abroad – many insurance companies are beginning to use smart contracts – this is where contracts are converted to computer code and stored on a system supervised by the network of computers that run the blockchain. This is a good signal that the whole market is moving in this direction. In Poland, big international banks are of course beginning to build their own blockchain units, combining with the experience and ideas of young companies. However, we are also seeing a trend of local banks creating their own solutions – Alior Bank, for example, has a team which delivered its own solution based on Ethereum, the public open-source blockchain network.”

This clearly shows that blockchain’s potential is not limited to banking. For Coinfirm, Kuskowski predicts that, “the next sector is insurance. Digital transformation in the economy is forcing insurance companies to meet changing client needs and to keep up with the development of technology. Insurance companies are very regulated and Trudatum can be a solution to some of their requirements. Of course, there are other sectors as well – such as retail, production or pharmaceutical – where processes include many actors and organisations are required to communicate with their clients. This is where blockchain can excel. There are hundreds – if not thousands – of applications for blockchain, even in this early stage. There are certain characteristics of the blockchain technology – such as its immutability – which allow for a new level of transparency. This has a massive potential for application – efficiency in the exchange of data is crucial for a business – and we are going to see a lot of implementation in payment, bonds and stocks as well as non financial industries.”

Indeed, this sentiment is shared by Audet, who stated, “blockchain’s smart contracts can play a crucial role in AI and genuinely autonomous robots. The most prominent role it can play is letting those in more rural countries receive financial services typically privy to only those with good credit or those from a more developed country. For example, there are generations of people living on the same piece of land that lack a title deed to prove ownership. This prevents them from collateralising it for a loan to create a business. Modern banks may not trust these people, but blockchain can allow them to access the world of finance without the need for a bank. This may be idealistic for sure, but the technology does allow for the possibility to be actualised. Cryptocurrency won’t supplant modern fiat currency, but it is the next evolution of how money should work. It needs regulation that won’t kill the creativity of software engineers but equally allows for companies to stretch their wings.”

Blockchain has huge potential. In shipping, IBM is working on a platform called Wetrade that’ll allow shipping companies to save trillions of dollars by allowing intermediaries to share data and track product movement. In the music industry, blockchain could help musicians retain ownership of content, while technology could even assist countries with a less stable political climate, by decentralising voting through the creation of incorruptible voting ledgers. The difference for PKO and Coinfirm is that the step has already been taken. The implementation of the Trudatum platform has moved from discussion of the potential that blockchain technology holds into real world implementation. 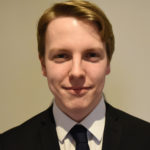 Liam Frahm is Poland Today’s editorial coordinator and is based in the UK. He currently studies politics, philosophy, and economics at Oxford University and is interested in current and international affairs.

Campus Warsaw, a Google space for entrepreneurs, has established itself as the heart of the Warsaw start up scheme beyond initial expectations. Located on the eastern edge of the soon-to-be-opened Koneser urban renewal scheme in Praga, Campus Warsaw recently hosted three major startup events. Poland Today was delighted to support all three – but first a [...]
December 07, 2018

International angel investors are hungry for future-altering technologies in innovation hubs and one UK-based company is harnessing Poland’s startup potential.   With a vision for expansion in Poland, Jack Thompson, Head of Investor Relations at Angels Den, is determined to give Polish startups a fighting chance against the world’s top innovative competitors searching for investors. In […]