The whole is greater than the sum of its parts, so it makes sense that Polish businesses work together to develop a common strategy for taking on markets in all four corners of the globe.

In the dynamic, crowded, exciting global world which we live in, a positive national brand can either give a company a distinct advantage, or, on the flipside, it can be a burden which creates unnecessary obstructions. Simon Anholt, policy advisor and founder of the Nation Brands Index, points out that, as a consequence of globalisation, all countries must compete with each other for the attention, respect and trust of investors, tourists, consumers, the media and the governments of other nations. A powerful and positive national brand provides a crucial competitive advantage.

Time for Polska is a new project by Polish daily Rzeczpospolita under Poland Today's patronage. Its objective is to promote Poland abroad, with an important aim being to improve the business environment for Polish companies operating in – or wishing to expand into – international markets. A series of publications under the title Time for Polska will be dedicated to different industries and sectors in which Poland has particular expertise or success. The first issue in the series will be dedicated to Polish consumer and corporate brands, and will be launched in October. In the pages ahead, we bring you a curated selection of companies to be highlighted in the first edition. Poland’s image is often based on historically negative stereotypes. In the eyes of many foreigners, Poland still has strong associations with the former Soviet Union and wrongly believed to be a “tier two” country. This image is a far throw from the aspirations of Poles today. Therefore this modern and enthusiastic country needs a more coherent image – of efficiency, professionalism and, above all, unity.

As Polish-American journalist Monica Zielinski was preparing to leave the US for Poland to work on the Time for Polska project, her friends and family in the United States thought the relocation was a foolish idea, deemed to fizzle out by the year's end. Months later, scrolling on her social media feed and seeing the beautiful pictures and reading the fun stories from her experience in Poland, they have changed their tune,and now enthusiastically want to visit. We Poles do not seem to be aware about how little the world knows about us, and we don’t invest enough in our image abroad. When Poland Today organised an international press tour in 2014, 50 respected business journalists from around the world took part. For many, this was their time visiting Poland. One of the key mistakes Polish companies make is to assume that foreigners know about Poland. Because of this they often create materials that are irrelevant for people abroad, sometimes laden with historical and cultural references which might completely go over the head of a foreign audience. Some products sell in Poland because the marketing rings true on a national level, with a nod to the way Poles spend their free time, dine, or work. Without tweaks, these methods are very often not effective enough for a similar success overseas.

‘Now is the time for Polska because we are hungry for success.’

One other basic mistake that Polish companies make is to simply translate their marketing texts into English (or a selection of other languages), assuming that this is good enough for foreign markets. Yet clients and customers abroad are different and need to be approached in a way that makes sense to them. A case in point: In March, Poland Today organised a day of conferences and networking events aboutPoland at MIPIM, the prestigious global property trade fair in Cannes. Our aim was to target foreigners, however after the conference had ended, some Polish people politely informed us that they hadn't learnt much from the panels. This anecdote encapsulates some of the attitudes of Polish business in general: “If we know it, everyone does”. The secret of a good business strategy is to educate potential clients, and then build on that strong and solid foundation.

Playing on the same team

Perhaps the problem is not a matter of What, but How. Poland has a number of successful international stories in dozen of fields, yet business people have so far not managed to effectively package this information in a way to impress anyone, irrespective of where they are in the world. To win this fierce battle for global recognition, not only do they need to play on the same team, but try to score in the same goal. Instead of focusing on bettering their own local competitors, every Polish entrepreneur, institution and business organisation needs to engage in the process of building Poland’s image abroad together. The power of each individual story is a drop in the ocean when analysed in the global context, compared to all those stories presented together. Foreigners, and even Polish people living abroad, say the Polish business community should be more united because together they can achieve more. Their investment in Poland’s image abroad is a long-term investment in their company's development.

There are so-called economic patriots who emphasise the importance of being Polish, but on the flip side there are pragmatic businessmen who like to be associated with their country of origin only when that image is positive (or at worst neutral), and they can derive some benefits from that association. There are also those who admit that being connected with Poland could even disturb the image of a company. Some Polish products are labelled as “Made in the EU” rather than “Made in Poland”, believing that being associated with other industrial powerhouses with years of tradition such as Germany or France, could give them the edge in the cutthroat international marketplace dominated by substandard products.Being a successful global company from Poland is possible. Everything has roots, and nurturing those roots is a key part of building credibility, which in turn is a key business factor.

The general expectation among businesses of all sizes in Poland is that the government should motivate those young entrepreneurs to pride themselves in being associated with this country. The business community can also play an important role here, which will be beneficial for them. It’s about creating a new business culture based on cooperation and openness.

This approach is mainly aimed at the younger generation. The startup community is a prime example. Members share their experiences – even the sour ones – to prevent others from making the same mistakes. That is the kind of approach Poland needs. But on a wider scale. The new Time for Polska project is based on these insights: when we work together we can achieve more, be more visible and show off our real potential. The main objective of the project is to promote Polish companies abroad, but at the same time it’s also about creating a business platform for Polish companies to integrate, share experiences, and meet targets – together.

Now is the Time for Polska because we are hungry for success. Many foreigners say that in Western Europe, the current generation inherited its success, and is not as motivated as their predecessors. There were many Polish brands founded in the 1990s after the fall of Communism which have achieved global success. Their experiences are valuable lessons and they help open doors for those who follow in their footsteps. Poles are well-educated, hardworking and flexible. Our multi-lingualism and our access to the same technologies as our Western partners give us an advantage. Polish entrepreneurs have passion, vision and a determination to succeed. These qualities, together with an injection of vigour and creativity from the younger generation, combined with the Time for Polska programme, produce a winning recipe for the success of Poland’s global image.

Poland ranked 24th in Monocle's Soft Power Survey 2015/16. It is a rise of one place compared to the previous edition of the survey.

According to Brand Finance Institute from the UK, Poland's brand value has risen significantly over the last few years. The highest year-on-year increase - and also the highest increase of all 100 countries featured in the ranking - was by 75 percent in the year 2012. This increase was in large part due to the successful EURO 2012 football championship co-hosted by Poland. 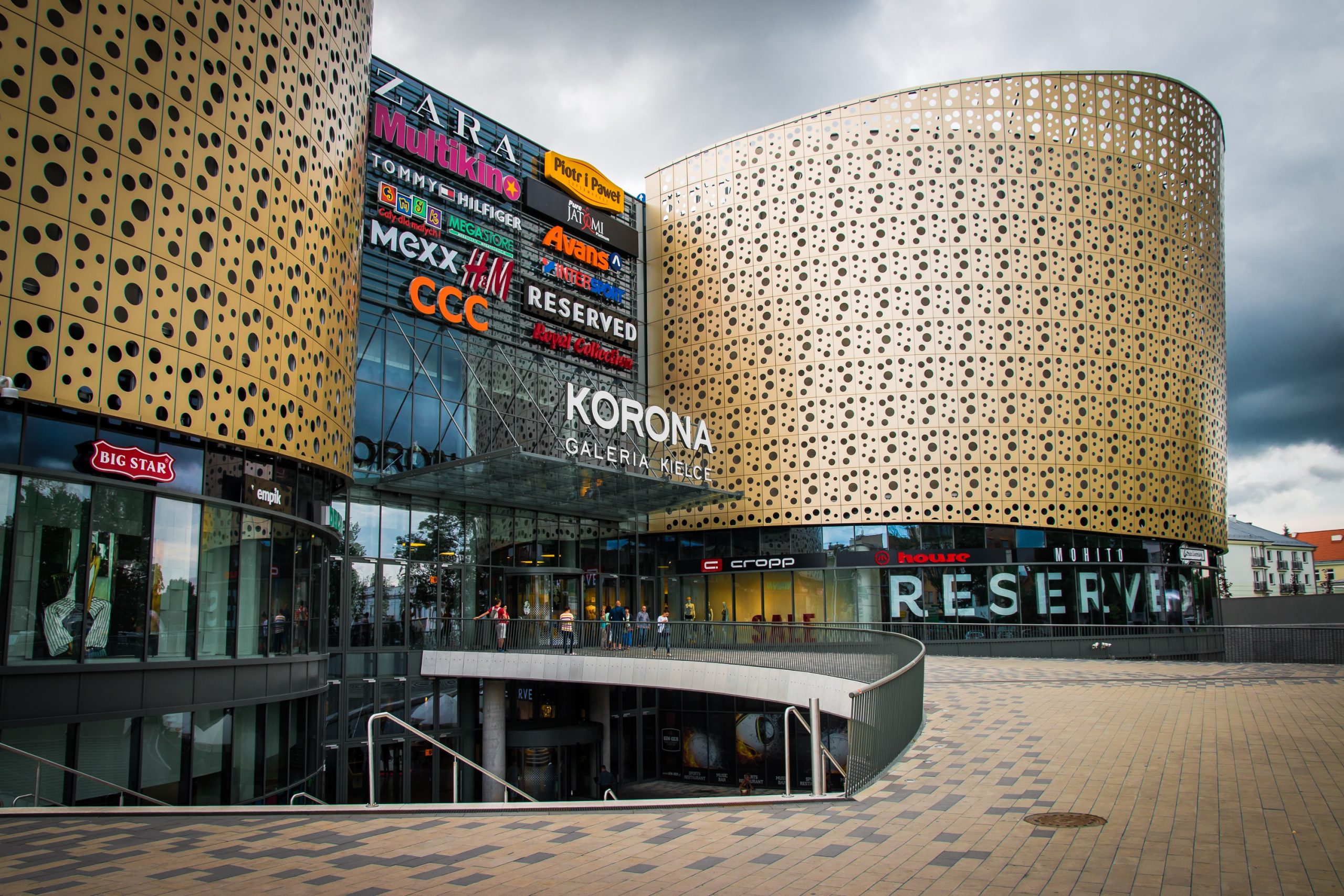 Poland has lofty ambitions of becoming a force to be reckoned with both in terms of foreign trade and attractiveness to investors from overseas. The country is of course almost unrecognisable from the place it was in the heady days of the early 1990s, when the free market – back then still very much a [...]
September 27, 2016

Poland’s stunning economic recovery from the ruin of war and decades of communist mismanagement has been all the more remarkable for its speed, driven in part by Poland’s 15,000 midsized businesses. Collectively they make up 11.6 percent of the country’s GDP, employ one fifth of the labour force and are a real testament to Poland’s [...]

Leader of International Projects at Rzeczpospolita and Poland Today