Saving a nation by multiplication

“We rabbits know how to ensure numerous offspring,” says the voiceover, as fluffy rabbits cavort in a vegetable patch. “If you ever want to become a parent, follow rabbits’ example.” This video, released by the Ministry of Health in November 2017, is part of the government’s efforts to get Poles to multiply. The demographic situation is serious: the country has one of the lowest fertility rates in Europe, around 1.4, below the EU average of 1.6. Despite the increase in labour migration from Ukraine in recent years, Polish companies are already struggling to find workers. The continued labour shortage could have a negative impact on Poland’s economic growth, the World Bank has warned.

Since winning the elections in October 2015, the socially conservative Law and Justice party has introduced new welfare policies, notably for families with children. “Children and the family are the foundation of Poland; we must ensure that families are safe, live in dignity and that increasingly more children are born in Poland,” said Deputy Prime Minister Szydło, presenting at a PiS convention in Warsaw on 14 April. “This is our biggest challenge today,” she added. As far as upping the birth rate is concerned, PiS’s flagship policy is the “500 Plus” programme, launched in April 2016. It involves a monthly payment of 500 zł (around €120) per child, from the second child onwards. In poor families, it begins with the first child. The payment continues until the child reaches the age of 18. One particularly large family living near Oświęcim, in southern Poland, reportedly received 6000 zł a month, with the 13 of the 15 children, ranging from a few months to 23 years old when 500 Plus was introduced, qualifying for the benefit.

The Polish economy has moved towards greater “solidarism” in recent years, with 500 Plus playing a significant role.

500 Plus fits the PiS government’s broader emphasis on social solidarity. A new report entitled “Capitalism – the Polish way” published by the new government-linked Polish Economic Institute argues that the Polish economy has moved towards greater “solidarism” in recent years, with 500 Plus playing a significant role. Poland now spends 2.5% of its GDP on family policy, putting it in 6th place in the EU and eighth among the rich countries surveyed, the report notes. Another report by the Organisation for Economic Cooperation and Development (OECD) published earlier this year found that Poland is the only one of its 35 members where families receive more in state handouts than they pay in tax. For a single-income average-wage Polish family with two children, the net personal average tax rate is -4.8%, compared to an OECD average of 14%. In Poland, it has fallen by 5 percentage points since 2016, the year that 500 Plus was introduced, while increasing in most of the other countries.

In the first two years after 500 Plus was launched, the government handed out 42.6bn zł to 3.7 million children from 2.4 million families. For many parents, not least single mothers or fathers, an extra 500 zł or two can go a long way, especially outside the big cities. Child poverty has fallen dramatically, too. This summer, over 1.25 million children attended summer camps in Poland or abroad, with the high number attributed in part to 500 Plus. The benefit has also enabled poorer families to afford a holiday by the seaside. More seriously, the benefit has helped parents reduce debt and start saving. One single working mother in a town east of Warsaw said that receiving the 500 Plus benefit for her two sons enabled her to start saving money for their future for the first time. The benefit’s impact on the birth rate is more difficult to assess. Over 400,000 children were born in Poland in 2017, around 20,000 more than the previous year. However, the benefit was coupled with broader economic factors such as low unemployment and rising wages.

The broader economic consequences of 500 Plus are only gradually emerging. Critics of the programme have warned that it will encourage women to drop out of the workforce. There have been some signs of this. The Institute for Structural Research in Warsaw examines the impact of the benefit in a working paper entitled “The ‘family 500 Plus’ child allowance and female labour supply in Poland”, published in March. It estimates that some 100,000 women were absent from the labour market in the first half of 2017 due to 500 Plus. The effect was strongest among women with low levels of education and in medium-sized towns, it highlights. “Looking into the future, it will be interesting to assess whether the effect strengthens further, as it did between 2016, when the benefit was introduced, and 2017 or whether effects level off,” its authors write. The Institute’s findings are supported by a simulation by the European Commission comparing the “inactivity trap” in different EU member states – in other words, the financial incentives to move from inactivity and social assistance to employment.

While leaving the labour force might make sense to the first woman now, the longer term implications are not so rosy.

In Poland, the figure is one of the highest in the EU . Since 500 Plus launched in 2016, it has risen sharply to double the EU average. The way that 500 Plus is allocated, this makes sense. If a woman in a low-paying job quits work after having a child, her family’s income might fall enough to qualify it for the 500 zł for their first child, which is restricted to poor families. With nurseries often limited or expensive, this saves the family childcare costs, as well as other costs spent on going to work, such as work clothes, meals outside the home or money spent on commuting. In contrast, a well-earning woman would have much less of an incentive to quit her job, especially if she derives satisfaction from her work, beyond her monthly paycheck. While leaving the labour force might make sense to the first woman now, the longerterm implications are not so rosy. Once her children get older, she could struggle to return to work. After years of absence from the labour force, her pension is likely to be lower, too.

Politically, though, 500 Plus seems here to stay. Initially critical, the opposition has accepted it too, with Civic Platform, the largest opposition party, even suggesting that it should be offered from the first child onwards. PiS, too, has reassured Poles that it plans to keep 500 Plus, without introducing an upper income threshold above which families no longer qualify. According to the draft budget for 2019, the government plans to spend 21.2bn zł on the programme next year, up to 3bn less than in 2018, which it attributes to the improving economic situation, which means that fewer families qualify for the benefit for their first child.

Meanwhile, PiS plans to build on 500 Plus with further measures. In April, it announced a package of “Mama Plus” proposals prepared by the Council of Ministers’ Social Committee. One of the key provisions is a “bonus giving birth to a second child quickly”, potentially within 24 months of the first. Minister for Family, Labour and Social Policy Elżbieta Rafalska has suggested that this could take the form of additional paid leave for mothers. New mothers can currently choose between staying at home for six months after giving birth while receiving 100% of their salary, or for a year, receiving 80% of it. Other measures proposed by PiS as part of the “Mama Plus” package include a minimum pension for women who gave birth to at least four children, even if they were not employed, support for student mothers and free medicine for pregnant mothers.

As PiS prepares for parliamentary elections in 2019, it may add these policies to its repertoire. This would further entrench PiS’s image as the party that looks after families, even if it means encouraging a traditional arrangement in which women stay at home, while the father is the breadwinner. (This vision of the family also leaves little space for non-traditional families, such as single mothers or fathers, or gay parents.) Time will tell what effect 500 Plus has on the Polish economy and society – and whether it leads to more births long term. 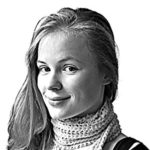 Annabelle Chapman is a Warsaw-based journalist. Her articles from Poland and Ukraine have featured in The Economist, Foreign Policy, Newsweek and Foreign Affairs, among others. In Warsaw, she is also English-language editor at Polityka Insight, a think-tank. She has a degree in Politics, Philosophy and Economics and a masters in Russian and East European Studies, both from Oxford University.

More than 20,000 participants will join the negotiations and witness the international effort to adopt long-term decisions impacting the global climate change policy landscape. Photo: Wikimedia Poland will host the climate summit for the third time, leading it for the fourth time, and has invited negotiators, ministers, as well as heads of states and governments [...]
March 05, 2019

Creating a city for all

"‘Warsaw for all’ – that was the title of my political manifesto. It is three words long, but it reflects what I aim to do. I want to transform Warsaw into a city that helps and protects all its citizens, regardless of their age, occupation and origin," said Mayor Rafał Trzaskowski. The new mayor of [...]